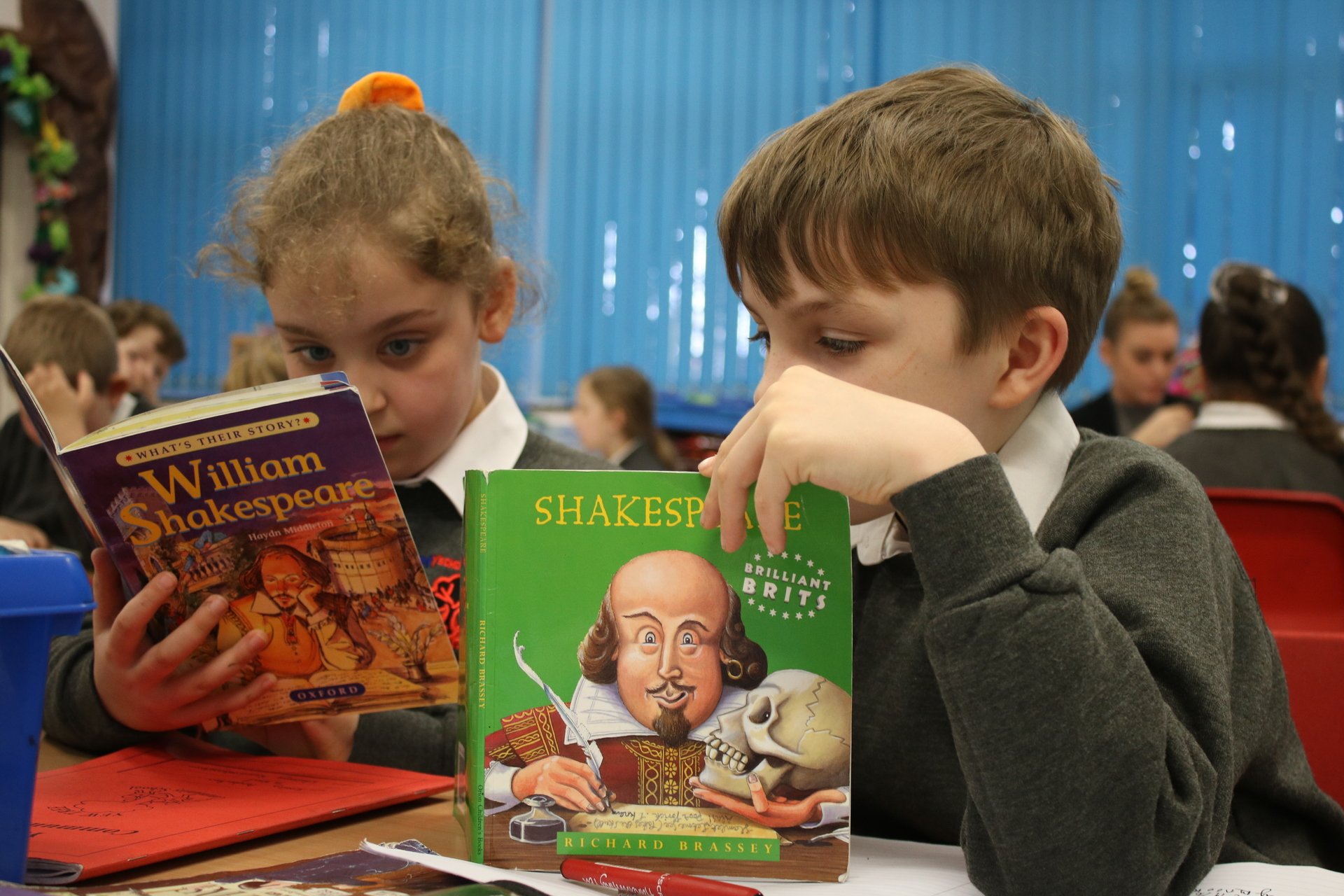 In Key Stage 1, we teach history using a thematic approach linked to the overarching theme of the topic.

In Key Stage 2, we teach the history in chronological order beginning with the stone age and finishing with WW2. Also in each year group, we compare and contract the chronology of British history with that of other civilisations around at the same time. An example of this would be the Anglo Saxons and the Golden civilisation of Isalm. We do this so that children are able to compare and contrast the living conditions and the significant contributions to the world of Britain in comparison to other civilisations in a different part of the world. 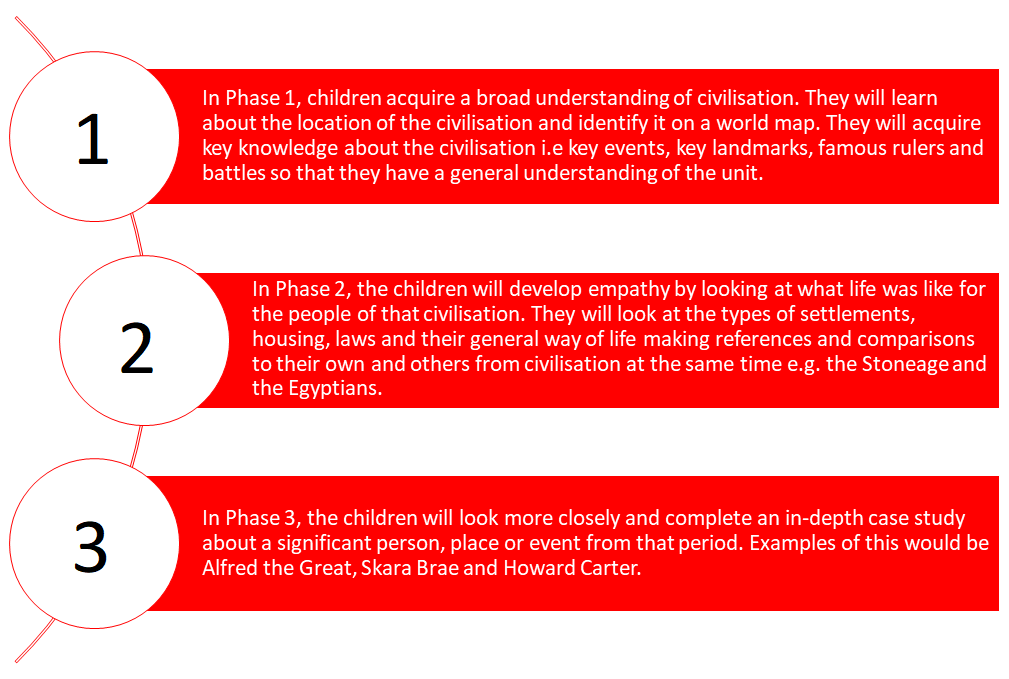 Year 1 - What toys did my grandparents play with?, Victorian Christmas, Famous explorers and How has Oldham changed?

Year 2 - The Great Fire of London, The First Moon Landing and Neil Armstong and famous people who have changed the world (Nelson Mandela, Rosa Parks and Mahatma Gandhi).

Year 3 - The Stone Age to the Iron Age, The Ancient Egyptians and the Ancient Greeks.

Year 4 - The Romans, The Anglo Saxons and The Islamic Civilisation.

Year 5 - The Vikings, The Normans, The Tudors.

We use necessary cookies to make our site work. We'd also like to set optional analytics cookies to help us improve it. We won't set optional cookies unless you enable them. Using this tool will set a cookie on your device to remember your preferences.

Necessary cookies enable core functionality such as security, network management, and accessibility. You may disable these by changing your browser settings, but this may affect how the website functions.